Last week, he ignited the stage at Premio Lo Nuestro when he joined forces with Marc Anthony for a showstopping performance of their collaboration “De Vuelta Pa’ La Vuelta.” Watch it HERE.

Daddy Yankee remains one of the most recognized and influential names in urban music and Latin dance. He was named one of the most influential Hispanics in the world by both CNN and Time Magazine. He has sold over 17 million albums and over 60 million fans combined on his social networks. Daddy Yankee is considered the King of Reggaeton and one of the founders of the global movement. He continues to reign with the global success of «Despacito,» which was named the most streamed song and the most watched video of all time. In 2018, his single «Dura» was the 2nd Most Watched Video in 2018 and in 2019, «Con Calma» marked the number «Most Watched» video globally on YouTube. He was also named Billboard Magazine’s Top Latin Artist of 2017. Other global hits by Daddy Yankee are «Gasolina,» «Rompe,» «Limbo,» and most recently «Que Tire Pa’Lante.» 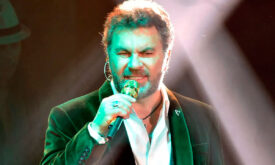 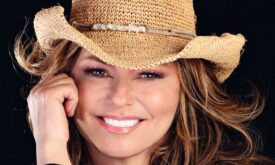