The young promise of music known artistically as Kelly Centeno, was born on January 4, 2007 in the city of Miami, United States.

From a very young age, she feels inclination for music and a little later at the age of 12 she receives the magical talent of composition.

Kelly Centeno is the first in her family to feel a special passion for music inspired by the story of her grandmother, from which the beautiful song “Favorite Flowers” was born.

The 14-year-old singer confesses that she dreams of singing with music industry idols such as Ashe, Taylor Swift and Louis Tomlinson. She would love to sing with any of them, as well as any other One Direction member. Since childhood she listened to «What Makes You Beautiful» and «Our Song» which were her inspirations in her music.

Kelly is celebrating the premiere of her new video clip titled «NIGTMARE.»  This musical proposal has a spectacular video clip directed by Jorge Hall, under the musical production of Jay Simon. The location selected for filming was a summer house located in the Florida Keys.

This 2021 was a decisive year for Kelly’s debut as an artist, counting on the support of the Another Level Studios Record Label that has supported her musical career.

The single that has just been released will be part of her new album that will be completed in the course of the remainder of the year. The lyrics of «Nightmare» are born from Kelly’s own authorship based on a heartbreak story where the young woman alludes to moments of a past relationship that is not forgotten and arrives like nightmares and that the lyrics say «let’s not forget that sunny afternoon, where I realized how much you really care, I hope you never sing the same tune with someone new. At the same time, the song makes it clear that she cannot forget or free herself from her thoughts «I hope you know that you are a nightmare.»

The theme is available from all digital platforms and Kelly Centeno’s YouTube channel. 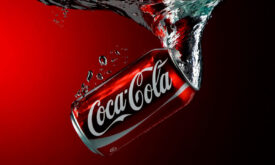 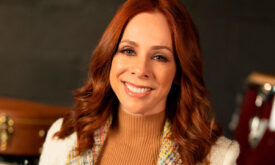