Produced by acclaimed Latin GRAMMY® winner, Sergio George, the track has achieved more than 50 million streams since its release

The track debuted No. 5 on Billboard’s Hot Latin Songs

As if it were not enough, the track debuted at No. 5 on Billboard’s Hot Latin Songs chart and has achieved more than 50 million streams since its release on December 10. The track fuses classic salsa with reggaeton beats producing for the first time ever a historic and unexpected collaboration. “De Vuelta Pa’ La Vuelta” was produced by acclaimed pianist and Puerto Rican producer, Sergio George. The song was written by Daddy Yankee, Marc Anthony, and Edgar Barrera.

Recently, Yankee celebrated the first anniversary of his historic concert residency in Puerto Rico, “Con Calma Pal Choli,” which took place in the iconic Coliseo de Puerto Rico José Miguel Agrelot between the dates of December 5-29, 2019, selling out a record 12 shows. In honor of the anniversary, he shared with his audience “DY2K20”, a 3-part live concert series, whose audio is available on all digital platforms and three episodes can be streamed on his official YouTube channel. The first part was released on December 4th, the second on Dec. 12th, and the third part on Christmas Eve, as a gift for fans around the world. More than 20 million people relived Yankee’s historic 2019 concert “Con Calma Pa’l Choli,” a three-part concert series “DY2K20” released on YouTube. It not only became a global trending topic, additionally, the event series also helped raise more than $25,000 for the non-profit organization Feeding America. The donation will help provide 250,000 meals in the U.S and Puerto Rico to individuals and families who may be facing hunger due to the pandemic. 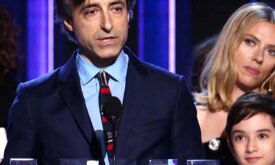