The shingle previously had a pact with Annapurna, where it released the Dick Cheney biopic ‘Vice.’

The move puts the producers of such challenging and Oscar-winning dramas as Moonlight and 12 Years a Slave on the lot of the studio that is home to Harry Potter, DC heroes and Stephen King’s It. It is also a homecoming for Plan B, which was first formed at Warners in the early 2000s and was involved in the making of The Departed and Troy.

Plan B was most recently aligned with Annapurna, with whom it signed a deal in 2017 and for whom it made the Adam McKay-directed Dick Cheney biopic Vice and Barry Jenkins’ If Beale Street Could Talk. Annapurna came through a tough 2019, which saw the Megan Ellison-led company escape a bankruptcy after a companywide restructuring, during which time it offloaded the projects Hustlers and Bombshell.

Plan B is currently working on the Miranda July effort Kajillionaire, which Annapurna sold to Focus Features after the film’s Sundance debut, and Jon Stewart’s political drama Irresistible, also with Focus. 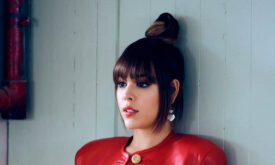