Natti Natasha earns yet another No. 1, this time in Mexico thanks to her most recent hit, “Que Mal Te Fue,” which she released in June.

The single climbed atop Mexico’s radio charts this week, making its presence known in one of Latin America’s most important markets.

The single, produced by Dímelo Flow and SP Polanco, has a dembow base combined with traditional reggaeton sounds, and will be part of the singer’s next album, which she hopes to release at the end of 2020.

“Que Mal Te Fue” is accompanied by a video clip starring and directed by the artist during quarantine. The video was filmed at her home with an iPhone, and with 70 million views, the hit is now Certified Gold in multiple markets. 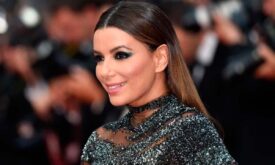