Hailing from the heart of Puerto Vallarta in Mexico, Alejandro Amézquita is an established guitarist and music director.

Hailing from the heart of Puerto Vallarta in Mexico, Alejandro Amézquita is an established guitarist and music director. Delivering excellent musicianship that fuses solid rhythm, catchy lead lines and engaging stage presence, Alejandro shares the stage with internationally known pop artists while laying down creative guitar parts in studio sessions. He first picked up the guitar at the age of 12, becoming instantly fascinated by the instrument. At 16, he began performing live at local venues. Deciding he needed more at age 19, Amezquita uprooted his life and moved to LA to pursue his dream.

He studied at the Musicians Institute Hollywood—a school which taught the likes of Bishop Briggs, Anderson Paak and John Frusciante—for two and a half years. Here, he began establishing himself as a session musician, songwriter, and music director.

Over the years, he’s put together an impressive resume of collaborators. In January 2021 he played at The Rose Parade’s New Year Celebration, performing with Grammy nominated artist Mickey Guyton at California’s Rose Bowl Stadium. This was a televised event, streamed live across NBC, ABC, Hallmark Channel, KTLA, Univision and RFD-TV, featuring big names such as Tori Kelly and Sheryl Crow. He also has regular writing sessions with renowned musician Randy Jackson, who’s played with many big names such as Journey, Madonna, Bruce Springsteen and Mariah Carey. These collaborative songs are pitched to artists as well as for movie and TV placements.

Currently, he’s the music director and guitarist for emerging artists MAXX and Valentina Mami; working on his primary goal of bringing an artist’s musical vision to life and telling their stories through an immersive, live concert setting. 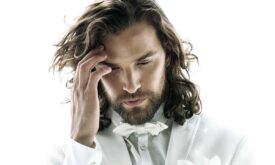