The cheerleading drama, which was co-produced by Netflix, will be shopped to other outlets.

USA Network has lost its dare.

The NBCUniversal-owned basic cable network has canceled the cheerleading drama series Dare Me after a single season. Sources say producer Universal Content Productions will shop the coming-of-age/small-town drama/murder-mystery mix to other outlets.

Based on the Megan Abbott novel of the same name, Dare Me explored the cutthroat world of competitive high school cheerleading. It follows the fraught relationship between two best friends (Herizen Guardiola and Marlo Kelly) after a new coach (Willa Fitzgerald) arrives to bring their team to prominence. While the girls’ friendship is put to the test, their young lives are changed forever when a shocking crime rocks their quiet suburban world.

The drama was ordered to series in January 2019 with Netflix boarding as a co-producer along with UCP. As part of that pact, Netflix gained first-run rights to the effort outside of the U.S.

Dare Me launched in December to strong reviews, with The Hollywood Reporter’s chief TV critic Daniel Fienberg declaring that the series was «full of dark twists and pleasures.» The show has an impressive 83 percent and 81 percent rating among critics and viewers, respectively, on Rotten Tomatoes. However, linear ratings were challenged as the series ended its run in March with an average of only 402,000 total same-day viewers.

For USA Network, the decision to cancel Dare Me arrives as the cabler is concentrating more on live and unscripted programming as its focus on scripted originals is shifting to eventized projects like the Milo Ventimiglia-led Evel miniseries. USA Network’s scripted roster now includes Queen of the South, The Sinner, Briarpatch, The Purge, Treadstone and the Bravo import Dirty John. Many of those series, too, are awaiting word on their futures. 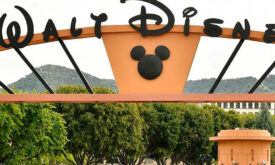