In this documentary, Vives invites us to learn about the
history of the amphibian universe to understand why cumbia
is the most authentic expression of the Colombian culture
that has expanded internationally.

Carlos Vives will premiere his new documentary, CUMBIANA, the story behind his 14th album on the GRAMMY Museum®‘s digital museum on Fri, August 21 beginning at 1 p.m. PT. at grammymuseum.org/cumbiana and Carlos Vives will attend an exclusive conversation with Felix Contreras from NPR Alt Latino to discuss the documentary immediately following the screening. CUMBIANA was directed by Carlos Felipe Montoya and produced by Isabel Cristina Vasquez from Mestiza Films.

During the last few years, Vives has been investigating the origin of Cumbia and has done extensive research to find the roots of the genre and has involved a unique mix of instruments, sounds and melodies to create the music for his new album Cumbiana.

An album of 10 songs inspired by daily life and the ancestral spirits of a region on the north coast of Colombia, the place of origin of cumbia and where amphibian culture predominates. This album is a work with the power to send a message to the general public, and this documentary presents its creation showing the process through each song.

Carlos Vives’ musical exploration takes him back to the origin to understand that vallenato himself is a son of cumbia and create once again a biocultural landmark that can transform vision of Colombia against its own history. «Cumbiana» will put the world to think about the amphibian territory and the vast region that is waiting to be reinterpreted to find an authentic treasure of Colombian culture.

Through the documentary we see the majesty of the Magdalena River ecosystem and its swamps, but also the environmental challenges it faces and that cannot be overcome for good until its biocultural importance is understood; something to which the album and this documentary can contribute enormously.

At the same time, we will get to know first-hand the process of creating the image and the concept of the album, as well as each of the songs that make up the new work by Carlos Vives through an immersion in the Gaira Música Local studio, which also includes the voices and collaborations of artists such as Jessie Reyez, Alejandro Sanz, Ziggy Marley, Elkin Robinson and Rubén Blades. 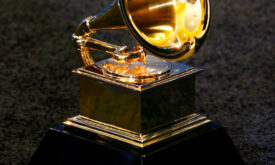