As the new face of Latin music, Sará arrives to the music scene to touch the hearts of her listeners with her first-ever single, “Bésame.”

Distributed by The Orchard, TODAY Sará presents her first single in which she successfully fuses sounds of pop and reggaeton together. The single is now available on all digital music platforms and the music video on her official YouTube channel.

Composed by Sara, Mannel Larrad and Andy Bauza, “Bésame” was produced by Gabo Sanoja, who managed to create a song that “… inspires you to express all the love you carry inside your heart without having to worry about what others think,” explained the American-Venezuelan artist. Just as with the single and music video, Sara wants to share her message “…we are allowed to love anyone because love is love no matter what, and we should live it with intensity. I’m not only talking about love between couples but the love between families and children; I want to convey that we are all the same and a kiss is universal. It’s the best way to show how we feel,” expressed Sará who will soon be releasing her first studio album.

The official music video, directed by Nuno Gomes, was filmed in Miami, Florida. In the audiovisual production, the music video showcases the different forms of love that exist; between children, families and couples. In addition, it carries a message about equality and that no matter sexual orientation or functional diversity, love is love. It’s a video that stands out for the message of inclusivity and the explosion of colors that convey the emotions brought on by a kiss.

At the age of 20, Sará continues to focus on what she wants to achieve, and her Lyme disease, diagnosed two years ago, hasn’t stood in her way. On the contrary, she has discovered her inner strength and with her platform, she wants to support other women to empower themselves so that they aspire to be anything they want. In addition to working on her music, she is currently studying music production and business at the Clive Davis Institute of Recorded Music in New York City. She will soon be releasing her first studio album, with 10 new songs of her own and with the support of a great team. Stay tuned! 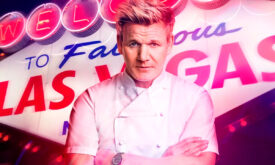