More than 100,000 fans have waitlisted for tickets to the show

The three sold-out shows will be held October 21st, 22nd and 23rd

One of the biggest independent record labels, Duars Entertainment, celebrates the outpour of support that Latin star Rauw Alejandro received for his upcoming world tour in his native Puerto Rico. Just a few hours from tickets going on sale, Rauw Alejandro scored three sold-out shows at the Coliseum of Puerto Rico, with performances on October 21st, 22nd and 23rd. 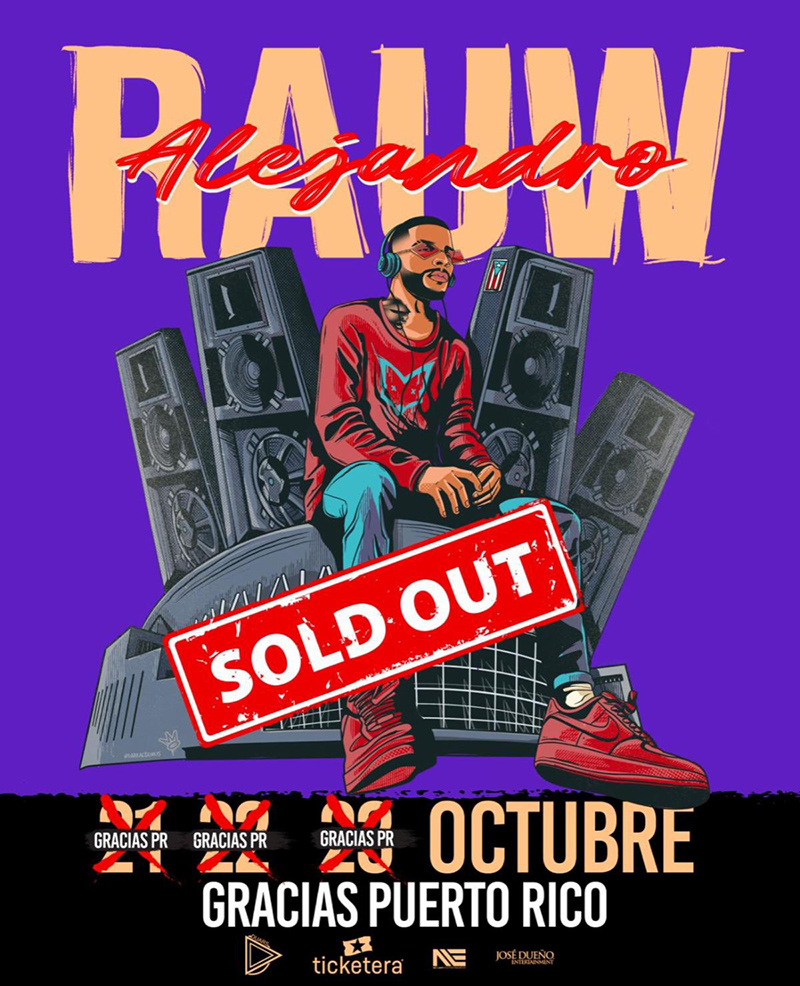 With tickets selling out at record time, more than 100,000 fans have waitlisted for tickets to the show and a lot of them were not able to purchase tickets for the upcoming shows. About the accomplishment, the Latin GRAMMY® nominee expressed, “Wow. I’m still in shock! This is my first tour and the support from my fellow Puerto Ricans is on another level. Performing at a sold-out Choliseo in Puerto Rico is a dream come true, and not just one performance, but three… Wow! THANK YOU, PUERTO RICO and my team at Duars Entertainment”.

Rauw Alejandro announced his first world tour earlier this June, which is set to kick off in the U.S. on July 15th in North Carolina. This tour will take him through more than 30 cities in the U.S. and Spain.

With more than 4 billion streams across digital platforms, 35 million monthly listeners and 20 million followers across his social media channels, Rauw Alejandro has become one of the most influential artists of his generation. His recent album “Afrodisíaco” is certified 4x Platinum in Perú and Colombia, 3x Platinum in Argentina, 2x Platinum in the U.S. and Spain, as well as Gold in México. Additionally, his recent hit single “Todo de ti” peaked #2 on Billboard’s Latin Streaming Songs and Latin Digital Song Sales charts, #3 on Hot Latin Songs, #4 on Latin Pop Airplay, Top 10 on Latin Rhythm Airplay and Top 17 on Latin Airplay. This single has gone viral, generating over 1.3 million Tik Tok videos, 170 million YouTube views and 192 million streams on Spotify.

Get your tickets HERE and don’t miss one of the most highly anticipated concerts of 2021!