With her impactful return to the stage, one of the most influential female artists in the Latin music industry, Natti Natasha, premieres her new single “Philliecito” alongside rising artist Brray and Nio García, one of the masterminds behind the Latin hit «Te Boté».

While continuing to make history with “Ram Pam Pam” with Becky G, which is Platinum Certified in the United States and Perú, and Gold Certified in Spain, the artist will premiere “Philliecito” on the stage of Premios Juventud this Thursday, July 22 from the Watsco Center in Miami, Florida. Released under Pina Records / Sony Music Latin, this new single is now available on all digital music platforms.

The track was written by Natti Natasha, Nio García, Brray, Raphy Pina, Daddy Yankee, and Flow La Movie, among others, and produced by Xound Productor.

With great determination to continue conquering the urban genre, the Dominican superstar makes her triumphant return with her first release since she gave birth in May. “Philliecito”, which premiered at 4:20 pm (in pop culture, this number refers to the act of consuming cannabis), is without a doubt an iconic collaboration between Natti Natasha, Nio García and Brray that marks a new stage in the artist’s musical career. Natti appears more renewed than ever and manages to connect with her audience through the lyrics and the music video, which was under the direction of Fernando Lugo.

Recently, Natti Natasha achieved another milestone in her career by dominating Latin radio in the United States and Puerto Rico with her hit «Ram Pam Pam» alongside Becky G, making this her eighth No. 1 on Billboards Latin Airplay Chart and on Latin Rhythm Airplay Chart. As one of the most awaited collaborations of 2021, this second collaboration between Natti and Becky G has surpassed 95 million streams worldwide, accumulated over 250 million views on YouTube and charting in 19 countries on Spotify Global Charts. 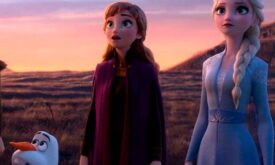