This year, the prestigious list is divided into four categories: the Dominican artist was highlighted in the #MamásBellas category

After setting the Latin music world on fire last week with the release of “Mayor que usted”, a historic collaboration uniting Reggaeton legends Daddy Yankee and Wisin & Yandel, Natti Natasha received the honor of being included in this year’s People en Español 50 Mas Bellos (50 Most Beautiful) prestigious list. This year, the list was divided into four categories, and the Dominican star was highlighted in the #MamásBellas category for her work as the mother for her first-born Vida Isabelle, for whom she remains standing strong despite the adversities they have gone through in recent times.

Last weekend, Natti Natasha connected with fans around the world to celebrate her new single “Mayor que usted” and talk about everything that’s been going on in her life and what’s to come. During the Tik Tok Live, more than a quarter million fans connected with the Dominican star.

Inspired by one of the biggest urban genre anthems in history, Natti Natasha brought together reggaeton leaders Daddy Yankee and Wisin and Yandel to release her new single “Mayor Que Usted”. Produced by Raphy Pina, Wisin, DJ Luian and Mambo Kingz, the new single pays homage to the beginnings of a musical movement that has swept the world, combined with the explosive and provocative style of one of the most influential women in Latin music, Natti Natasha. 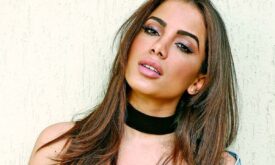