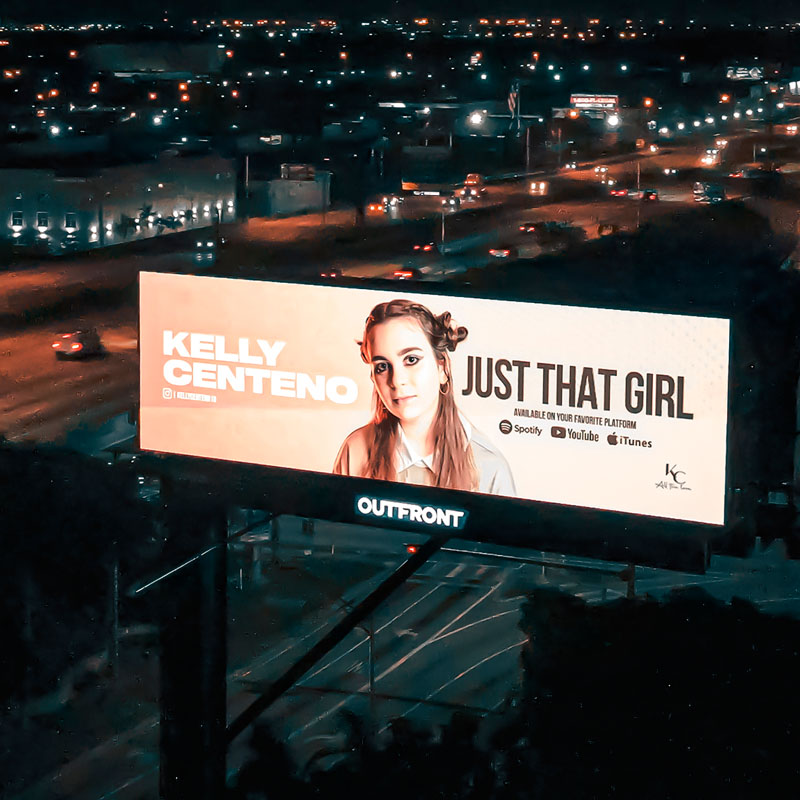 Kelly Centeno celebrates the success of her new song “Just That Girl” with a giant Billboard located on one of the most accessible transit routes in Broward County, in the vicinity of I- 95 s/o Hallandale S.

The young promise of pop music, Kelly Centeno, recently released her promotional single entitled «Just That Girl» available in all digital stores and her YouTube channel.

The young singer is enjoying over 300k views on YouTube for her new video. On the other hand, she announced on her social media that she will not lower her guard in this new stage of her career where she is under the musical direction of Another Level Studios Record Label.

The artist recently started a successful promotion in the city of Miami, later extending to New York, Los Angeles and other important cities in the United States, where she is getting ready to conquer the media.

The 14-year-old performer confesses to us that she dreams of one day being able to sing with her music industry idols like Ashe, Taylor Swift and Louis Tomlinson. She would love to sing
with any of them, as well as any other member of One Direction. Since childhood she listened to «What Makes You Beautiful», “Our Song” which was the inspiration for her music.

The song «Just That Girl» is available in all digital platforms as well as her YouTube channel. We invite all her fans and followers on her social networks to visit this impressive Billboard that will be there for several weeks.