25 years ago, a new way to project the tropical music of Colombia and America in the industry was born. From Carlos Vives’ first album experience of Classics of the Province arrives «La Tierra del Olvido” (The land of oblivion) and with it the new Colombian pop that applies the percussive patterns of amphibious culture played on electric instruments such as guitars, basses, and drums, mixing modern instruments with other ancestral ones such as drums, seeds and bagpipes. There a new tropical pop was born (as they called it in Spain) or the Rock of my town as its author calls it. According to critics, its importance also lies in a broader view of the Colombian musical territory.

«La Tierra del Olvido» was Carlos Vives’ first album released under the local Gaira Música label, a division created at that time within the Sonolux record label. This is how the new musical history of Colombia began to be written by Carlos Vives and a new generation of musicians such as Iván Benavides, Richard Blair, Ernesto Ocampo, Mayte Montero, Carlos Iván Medina, Egidio Cuadrado and Luis Ángel “El Papa” Pastor, among others, who expressed the value of Colombian roots in the face of modernity. The set, which today is essential to understand the effervescence of Colombian music in the international industry, includes 11 songs and was released in LP, cassette and CD formats.

«La Tierra del Olvido» was the result of a creative laboratory that allowed us to create a powerful concept, in which the local culture dialogued with the world, «says Iván Benavides. The album’s creating process happened in a real natural laboratory in which the artists made creative camps in places like Santa Marta, Parque Tayrona, or Santandercito, Cundinamarca, where the songs were composed and arranged that would later be recorded in the studios of Audiovisión in Bogotá and whose voices and final mix would be performed at Criteria Studios in Miami, Florida. 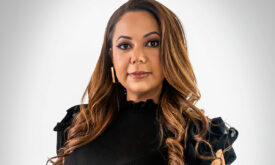