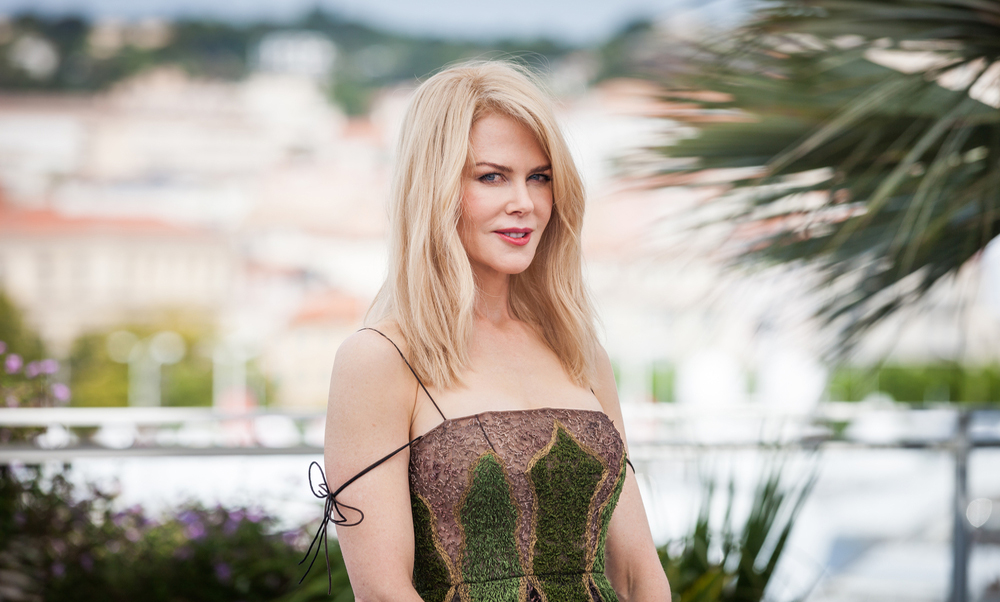 In the absence of Kate Middleton and Meghan Markle at a service at St Paul’s Cathedral today, fortunately actress Angelina Jolie was able to pick up the slack when it came to rocking a seriously dazzling regal ensemble.

Attending the Service of Commemoration and Dedication of the Most Distinguished Order of St Michael and St George at the Cathedral, the 43-year-old looked chic in a dove grey cowl neck Ralph & Russo gown with a ruffled waist.She teamed the look with a golden bejewelled brooch, pearl earrings, matching gloves, and a hat topped with a ribbon. Meanwhile, her long brunette locks were tied neatly into a chignon.

The star joined the congregation for the service marking the Order’s 200th anniversary and was later filmed practicing a royal-inspired wave to fans waiting outside.
In the image, both models wear flashy silver sequin styles — Paloma is low-key chilling in a pool in a short sleeved, bateau-neck number, and Ashley is lounging nearby in a form-fitting piece topped with a shaggy gray sweater.

This is apparently Vogue Arabia’s «Body Revolution» issue, in which they declare that inside you’ll find «The best summer looks to celebrate all shapes.»

Along with their twinning image, each woman has her own, close-up cover-shot as well, and they are both SERV-ING, y’all.