“Alienígena” is released under BMG Rights Management, and is now available on all digital music platforms.

Produced by Riza Penjoel, “Alienígena” is a song in which the artist expressed that regardless of the endless difficulties anyone may encounter throughout their journey they must believe in themselves. “The entertainment industry has been widely impacted by the global pandemic COVID-19, among other external factors. This track represents the commitment that we as artists make with our music. Each year represents a new challenge. We survived 2020, now in 2021 we must confront it with courage,” expressed Lito, who’s gained recognition for his unique and unusual style of music, making him feel as an “Alienígena” (Alien) after decades in the music industry.

Directed by Lito, the official music video for “Alienígena” was filmed in the woods of North Carolina, showcasing the artist’s residence as its main location. “Alienígena” is the continuation of a previous video, “U.F.O.,” and includes a range of visual effects that are symbolic of Lito’s originality and creativity, as it’s been seen in all of the artist’s previous audiovisual works.

“La Vendedora de Placer” is Lito’s most recent release, and tells the story of a woman whose ongoing internal battles lead her to become a sex worker, the only option she believes has to make a living and survive. LITO demonstrated his versatility, commitment and ability to convey a thousand emotions through his lyrics, and the single has surpassed millions of views and streams combined on all digital music platforms.

With a career that spans more than two decades, Lito has become a staple of his genre by becoming a master lyricist. Lito has been awarded with TWO Premios Tu Musica awards and was nominated for a Billboard Latin Music Awards. Last year, Lito’s undeniable talent officially marked his return to the music scene last year. This year, 2021, he’s determined to revolutionize this new era of reggaeton, and has plans to release collaborations with genre staple artists, including Daddy Yankee, Farruko Ñengo Flow and El Mayor. 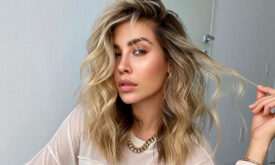