To anyone that has ever felt the relief of turning the page on a past relationship, this is the song for you.

Puerto Rico’s newest rising star, Joseph el de la Urba, demonstrates how to avoid the trap “Trampa” of that recurring ex, and move on with his latest single “Trampa.” The new single is available on all digital platforms NOW, along with a home movie style music video on YouTube.

Produced by Lil Geniuz, “Trampa” describes how after constant heartache with an old flame, there is no more falling into their trap “Trampa.” Joseph demonstrates that he’s put the past in the past, and he’s finally moving on to something better.

Joseph previously released 2 singles this year, “Curiosidad” & most recently “Lista de Espera” – racking up over a million streams on Spotify. His breakout hit “Enciéndelo” featuring Ñengo Flow & Jamby el Favo reached the Top Viral 50 charts on Spotify in various countries such as Spain, Colombia, Ecuador, Paraguay, among others, and gained him his first time entry on the Billboard’s top 40 Urban charts.

Currently, Joseph is preparing to release his debut self-titled project “El de la Urba” that will be available soon. 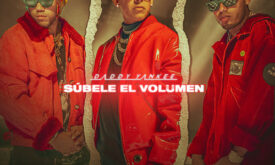 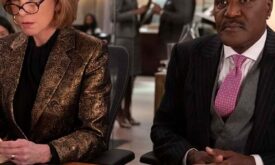 ‘The Good Fight’ Leaves the #Resistance Behind in Signature Bonkers Style