In the absence of Kate Middleton and Meghan Markle at a service at St Paul’s Cathedral today, fortunately actress Angelina Jolie was able to pick up the slack when it came to rocking a seriously dazzling regal ensemble.

Attending the Service of Commemoration and Dedication of the Most Distinguished Order of St Michael and St George at the Cathedral, the 43-year-old looked chic in a dove grey cowl neck Ralph & Russo gown with a ruffled waist.
She teamed the look with a golden bejewelled brooch, pearl earrings, matching gloves, and a hat topped with a ribbon. Meanwhile, her long brunette locks were tied neatly into a chignon.

Jolie was invited following her honorary damehood in 2014 for services to UK foreign policy and dedication to end sexual violence in war zones.

For her audience with the Queen that year, the Maleficent star wore a similar-coloured outfit by Ralph & Russo.

Speaking about her recognition at the time, Jolie said:

‘To receive an honour related to foreign policy means a great deal to me, as it is what I wish to dedicate my working life to. Working on PVSI and with survivors of rape is an honour in itself. I know that succeeding in our goals will take a lifetime, and I am dedicated to it for all of mine.’
Prince Edward, the Duke of Kent, stood in to represent the Queen who was forced to cancel due to ‘feeling under the weather’, Buckingham Palace confirmed today.

However, royal correspondent Rebecca English has assured royal fans that ‘there is no cause for alarm’, and that Her Majesty will be going to Windsor this afternoon as planned. 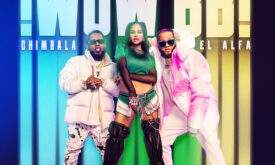